Compute For Cancer | Help Cure Cancer While Your Phone Charges
Download our App Now! We harness unused computing power and dedicate it to researchers working toward a cure for cancer. You have a Supercomputer in your pocket and it can be used to cure cancer.
Compute, Cancer, Mesh Network, Compute for Cancer, Donate Cancer, how can I help to fight cancer, fight cancer, donate to cancer research, cancer
5
home,page-template,page-template-full_width,page-template-full_width-php,page,page-id-5,ajax_updown,page_not_loaded,,qode-title-hidden,qode_grid_1300,columns-4,qode-theme-ver-12.0.1,qode-theme-bridge,wpb-js-composer js-comp-ver-4.11.2,vc_responsive 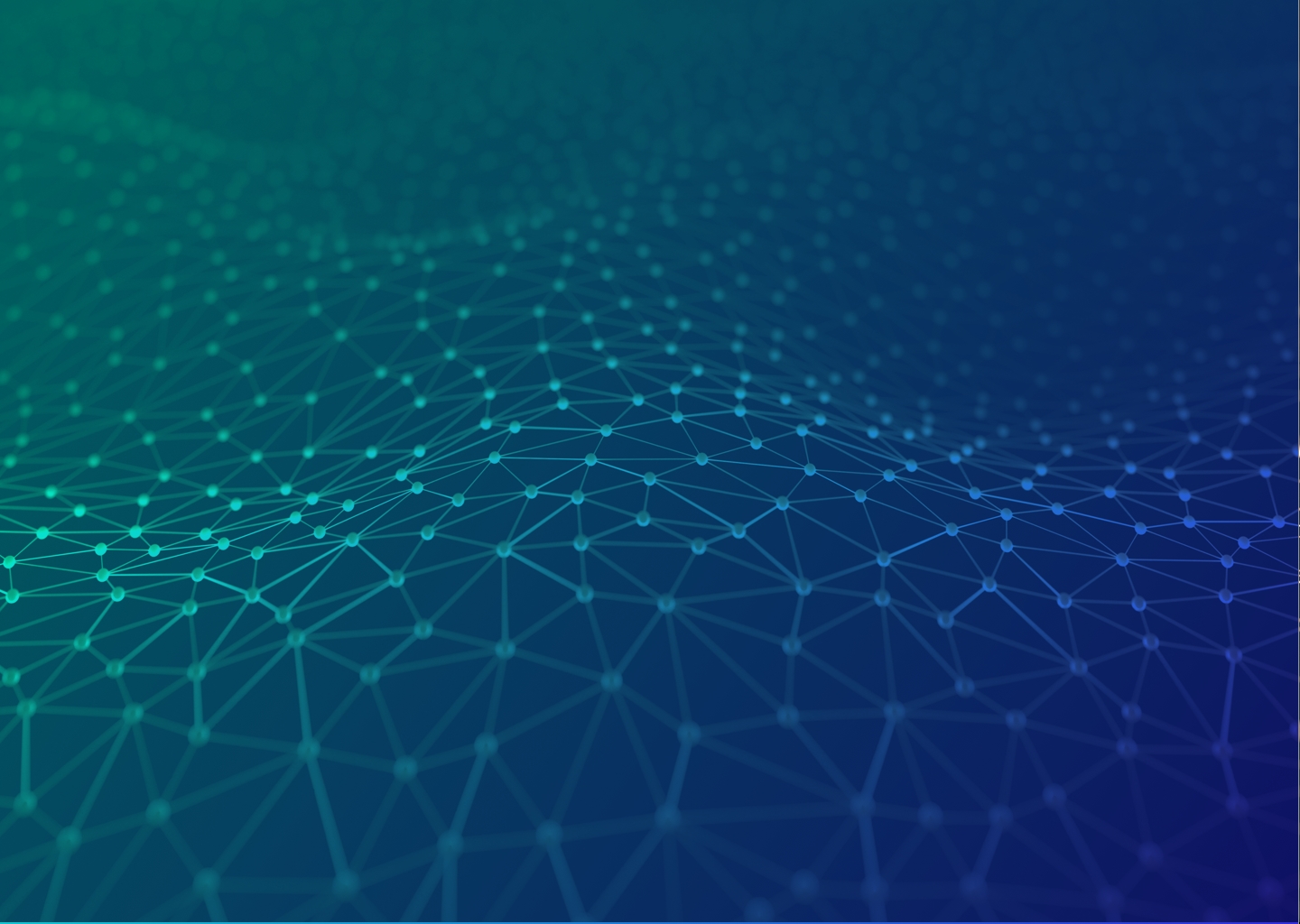 WE HARNESS UNUSED COMPUTING POWER AND DEDICATE IT TO RESEARCHERS WORKING TOWARDS A CURE FOR CANCER.

YOU HAVE A SUPERCOMPUTER IN YOUR POCKET, HERE’S HOW TO USE IT TO CURE CANCER: Plug in the charger to your device, connect to wifi, and let it charge over 90%. 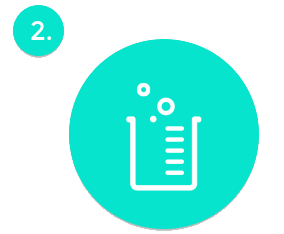 Cancer Researchers will use your device to power their calculations.

Go to sleep knowing you are making a difference in the world. Compute for Cancer is where IoT meets distributed computing.

There are approximately 2 billion active global Android devices. With only 1 million active users, BOINC’s available computing power will increase tenfold and provide equal the power of the fastest conventional supercomputer.

Many researchers studying cancer view finding treatments as an engineering problem, but they have trouble with two obstacles:

The first is turning these complex problems into numbers, the second being compiling enough computer power to go through these numbers to look for a cure.

We are focusing on the second problem. Using Berkeley Open Infrastructure Network Computing (BOINC), we can collect idle computing power from any device, such as a phone, computer, or data center, and donate it to cancer research supercomputers.

“Your platform has the potential to dramatically accelerate the pace of computational biology by crowdsourcing massive and complex calculations. I believe Compute for Cancer can increase the chances of finding a needle in the haystack of cancer data.”

“These exceptionally high-powered machines have the potential to greatly accelerate the development of cancer therapies by finding patterns in massive datasets too large for human analysis”.

“We’re making all our cancer models available as open source, at OpenSource.MathCancer.org.  Might be helpful for trying things out on your platforms. We’re also looking towards large-scale parameter investigations, where having many instances of the models running, each with different parameter values, would be very helpful. So, I think this is coming at a very good time!”

This is who has acted on our cause.

WHO WE NEED HELP FROM

We’d love these entities to join our cause Currently living in SF and works at the intersection of Technology, Media, and Electronic Music, with a passion for helping people with disabilities, special needs. Isaiah has a legacy of formulation and delivering disruptive technology architectures and data platform solutions. 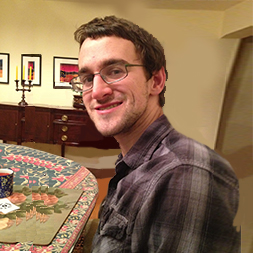 Galen is a software developer based out of San Francisco working on digital tracking technologies for fitness and entertainment. He has a strong interest in using compute power to help people get healthier. Eric R. Weinstein is a Managing Director of Thiel Capital. Mathematician, physicist, author, musician, and a true polymath, Weinstein has Ph.D. in mathematics from Harvard University, has been affiliated with MIT, Oxford University, and Institute for New Economic Thinking, and has to his credit a number of groundbreaking ideas in such diverse areas as quantum field theory, differential geometry, economics, and finance.” 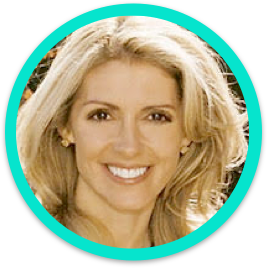 With her three kids in college, Katrina Garnett has inspired a third generation of technology.  As a result of being raised in the mini-computer era and having worked in Development at Oracle and Sybase for 10 years, along with being Founder, President & CEO of Crossworlds Software for 6 years, Katrina feels very fortunate. Crossworlds Software had an IPO (initial public offering) in June of 2000, which led to being acquired by IBM in January of 2001, Katrina feels very fortunate.  Post Crossworlds, Garnett created Garnett Ventures, which enables her to work with talented young entrepreneurs from SRI, Stanford, Berkeley and USC.  Helping others realize their dreams is why she works in Silicon Valley. A cure for Cancer is also one of her dreams.

Ms Garnett believes the greatest opportunity will come from the intersection of technology and healthcare.  When her father-in-law died of lung cancer, she worked for years with the Ronald McDonald House. Garnett believes Compute for Cancer is an ideal opportunity where everyone can participate regardless of his or her means. By merging a consumer application that donates idle CPU to the supercomputer mesh network, it immediately increases badly needed compute power for cancer researchers. It’s an egalitarian and ubiquitous approach where everyone can help beat cancer. Edward Frenkel is a professor of mathematics at University of California, Berkeley, member of the American Academy of Arts and Sciences, and winner of the Hermann Weyl Prize in mathematical physics. His latest book “Love and Math” was a New York Times bestseller, won the Euler Book Prize, and has been translated into 17 languages.

“As someone whose family has been affected by cancer, I know that we have to pool all our resources to cure this disease. I am happy to do all I can toward that goal.” Jaron Lanier is a scientist, musician, and writer best known for his work in virtual reality and his advocacy of humanism and sustainable economics in a digital context. He introduced the terms “virtual reality” and “mixed reality.” His 1980s startup VPL Research created the first commercial VR products, and introduced avatars, multi-person virtual world experiences, and prototypes of major VR applications such as surgical simulation. His books “Who Owns the Future?” and “You Are Not a Gadget” have been international bestsellers. He has been awarded a lifetime achievement award by the IEEE as well as the Peace Prize of the German Book Trade, one of the highest cultural honors in Europe.” Exploring the intersection of nature, humanity, and technology, Dr. North is a thought leader on technology at the fringe and where it’s leading us. As Founder of ReAllocate, he’s interested in how we can use our expertise for the betterment of humanity. By utilizing our emerging technological resource to address cancer, he feels Compute for Cancer is leveraging our collective technological power to help solve our most pressing health issue.

On a personal level, Mike lost his grandmother at a young age to Pancreatic Cancer. He experienced her pain and how traumatic losing her was to him and his family. Curing cancer is more than just saving lives, it’s about ending the trauma and pain felt by countless patients and families every year. By us each contributing every day through our excess computational power we can help reduce the pain the world and feel good about our individual role in doing good.

HOW DO I GET STARTED?

Search for ComputeForCancer at the Google Play or Amazon Kindle Fire Store, and install it.

Proccessing will only happen when your device is suspended, connected to Wi-Fi and plugged into an external power source (e.g., wireless changers, wall socket and personal computers).

How do I get started?

Search for ComputeforCancer at the Google Play Store, Amazon Kindle Fire, and install it.

Processing will only happen when your device is suspended, connected to Wi-Fi and plugged to an external power source (e.g., wireless chargers, wall outlet and personal computers).

What are the technical requirements?

If your Android device is compatible and meets the following requirements, you can install ComputeforCancer:

Which devices are compatible with ComputeforCancer?

Can I run ComputeforCancer on my iPhone?

There are currently technical and legal barriers to doing volunteer computing on iOS. It’s possible that in the future these issues can be overcome.

Will my device get overheated?

Will my battery life be affected?

Will participating consume minutes in my mobile data plan?

No. ComputeforCancer will only be transferring data when your device is connected to a Wi-Fi network.

Is ComputeforCancer safe to use?

Yes. The email and password transmission between the project server and your phone is established through HTTPS (Hypertext Transfer Protocol Secure).

The app and the programs it runs only use the CPU to run calculations for the supported projects and will not access any other data on your device.

Will it affect my phone’s performance?

Absolutely not, ComputeforCancer will only use your CPU when you are not actively using your device.

Will ComputeforCancer work if my device doesn’t have a battery?

No, ComputeforCancer only works on Android devices when they are on charge and on a wi-fi network.

What if I want to uninstall ComputeforCancer?

You can uninstall the app any time using the standard app uninstallation procedure on your Android device.

We have temporarily removed the Compute For Cancer Application from the app store until we can continue to fund further software development.

If you have interest in helping with the product, joining the team, or making a donation please let us know. We are not giving up.